The name speaks for itself. The syntax and framework errors are found here. 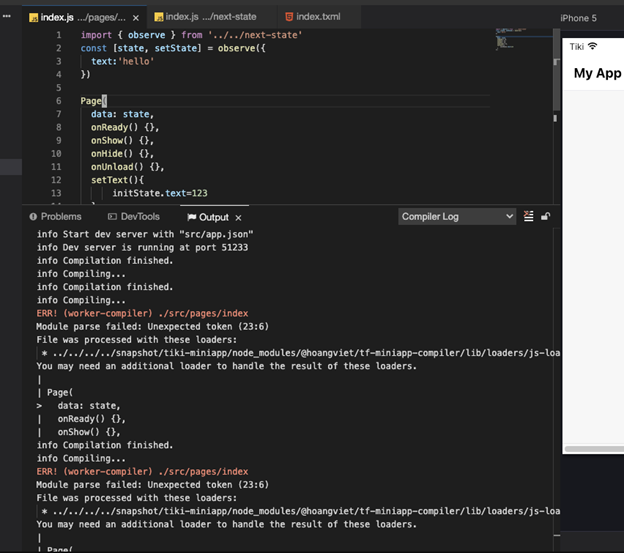 Tini Studio DevTools is a set of tools assisting programmers to identify the issues that the application is facing.

To open DevTools, do either of the following:

When you click an element in the simulator, the TXML and TCSS source code of the element will be loaded into the Elements tab.

This tool lists out JavaScript errors occurring during the app execution. When you click a particular error, the file containing the errors will be opened on the Sources tab.

More interestingly, you are able to execute a JavaScript code block so as to interact with the running app.

You can open the project’s Javascript file on this tab, adding breakpoints/debuggers to the file.

It lists out JSAPIs that are called in real time alongside their sent and response data. Network

It is used to monitor the network activity of the app.

The Command menu offers a quick way to access the set of commands of DevTools, such as commands for unhiding tools.

There are two ways to open the contextual menu: 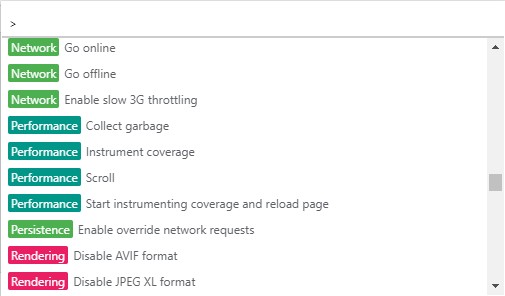 It enables developers to test an app on mobile devices without uploading the app to the Tini Console.